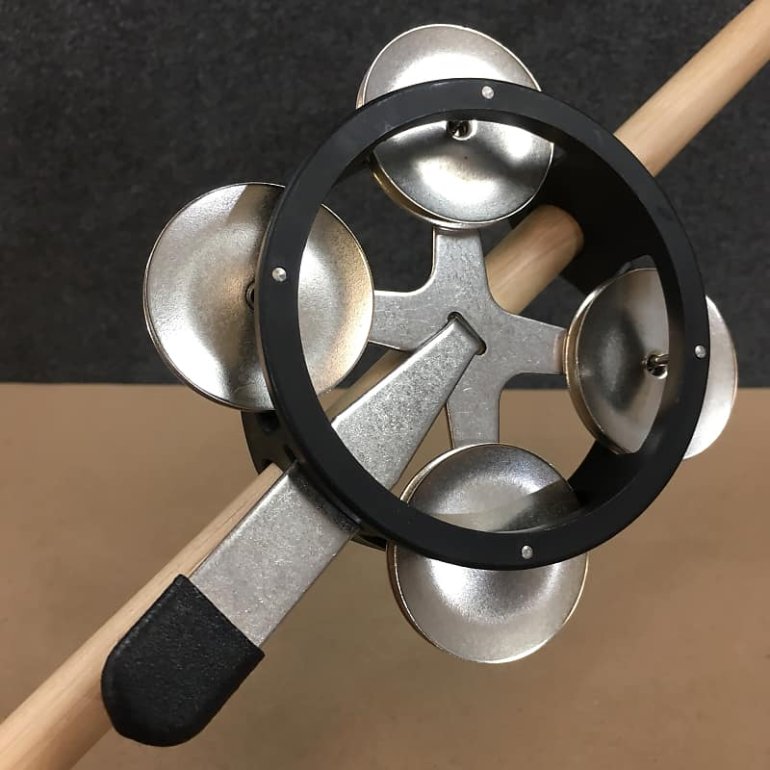 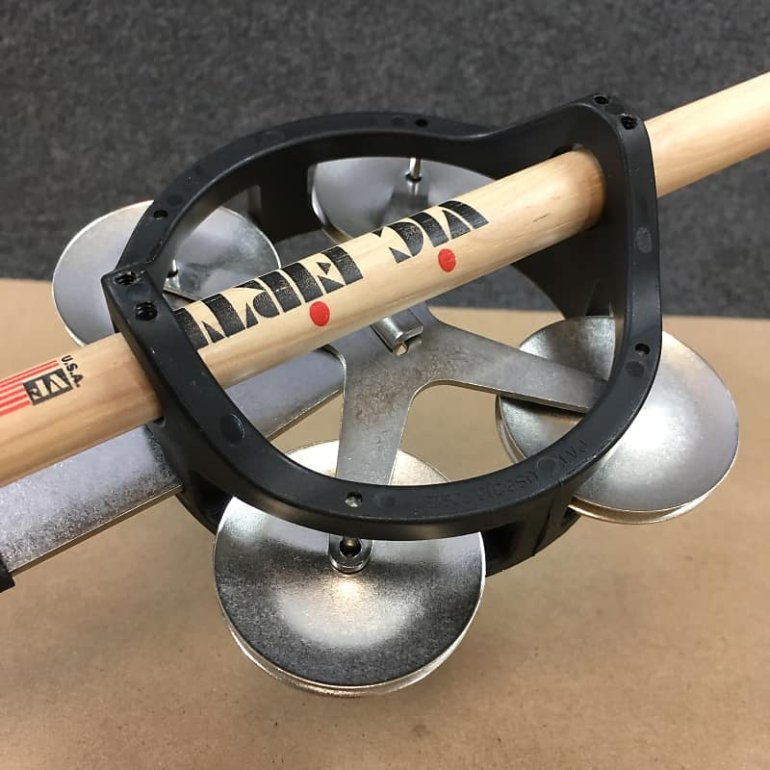 JingleMute is a small tambourine that is mounted over a dedicated drumstick and screwed in. In other words: JingleMute sits permanently on the drumstick.

One of the cool things about JingleMute is that you have a thumb contact. When you hold it down, you mute the bells on the tamurine (hence the word "mute" in the product name), and JingleMute remains silent. As soon as you release, the 4 small sets of jingles will play again.

Playing with JingleMute takes some getting used to. Most of all because you have to move the drumstick in a slightly atypical way. But once you learn it, it's a super cool effect to throw into the chorus of a song.

JingleMute was invented by drummer Graz Perrelli in 1999. Immediately after Graz got the idea, he contacted his friend and drummer Steven Nanberg, and the two formed the company Pernan Percussion.

Basically, Pernan Percussions has a fairly simple business concept: To invent new percussion equipment that fundamentally changes and improves the way we drum. And you can safely say that the company has done with JingleMute.

In the video below you can hear Jay Bellerose use JingleMute on the David Letterman Show, where he plays with Ray LaMontagne.